Port MacDonnell is a holiday destination with surf, jetty, breakwall and rock fishing, as well as good offshore spots.

The region is also home to abalone, the southern rock lobster (crayfish), and the marine fish Croweaters cherish, including snapper, spotted whiting, gummy and school shark.

Tommy ruffs are the main target on the jetty, along with salmon, squid and whiting.

The boat ramp is sheltered inside a 1km breakwall, which is a great fishing spot.

Some boaters catch plenty without leaving the harbour.

Pinchcut Reef lies 1km east of the jetty, and in calm weather the reef around Ruby Rock can be worth the 18km sea trip east, fishing outside of the sanctuary zone.

Summer snapper are caught in the surf near rock outcrops.

The biggest tuna are caught offshore from March to July.

The Continental Shelf lies just 30km south-south-west of the port, with tuna albacore, mako and thresher sharks, and more. 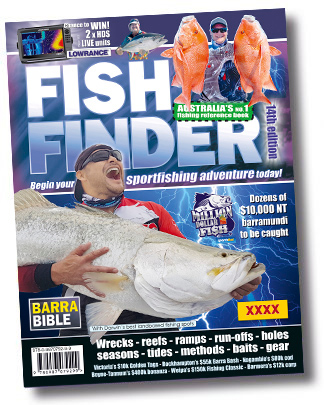 Some external videos filmed around Port MacDonnell are featured below.

Port MacDonnell coast from the air