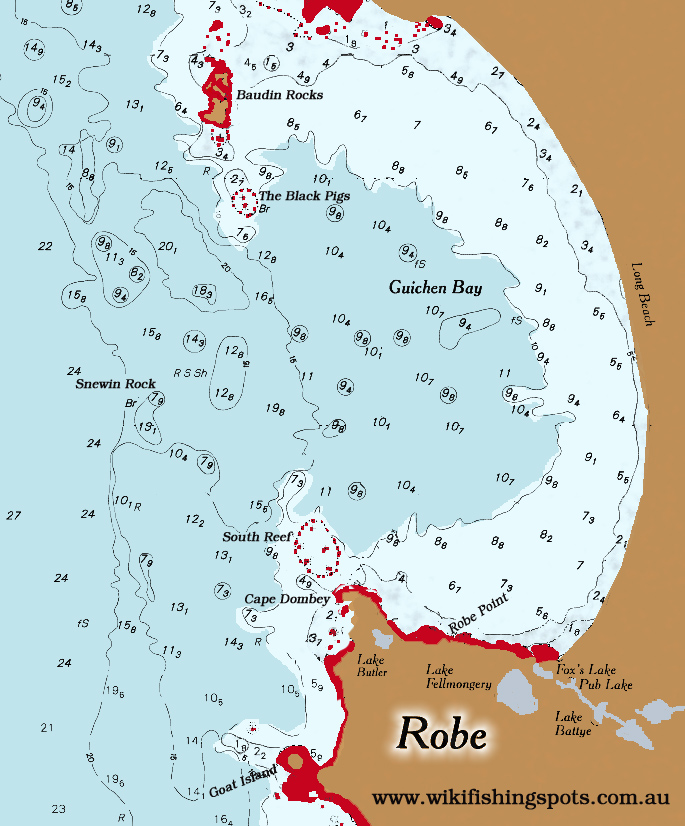 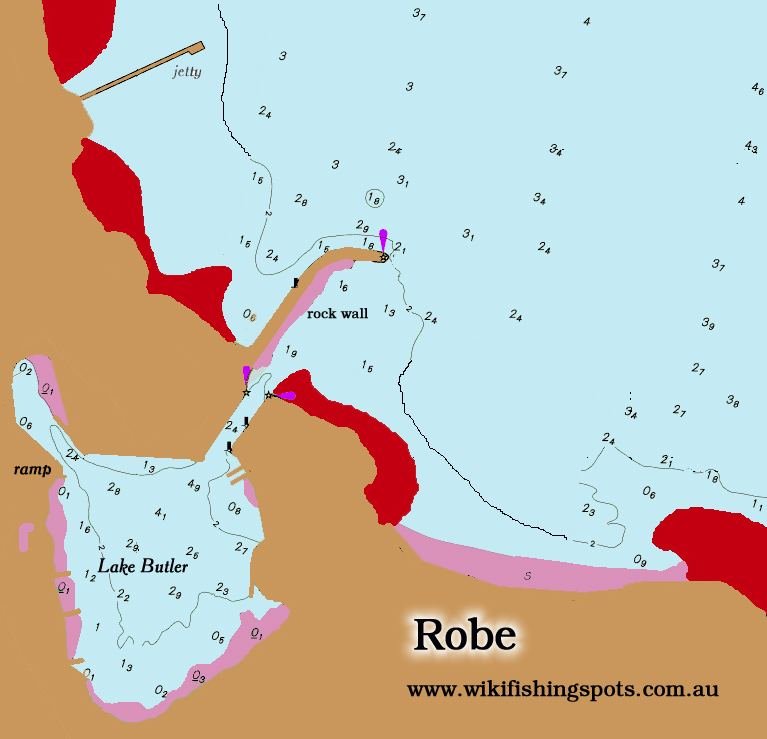 Robe’s Lake Butler boat haven has school mulloway in summer, along with small salmon, mullet and bream through the year.

There is a large rock wall outside the boat haven which produces most species, including garfish, flathead, whiting, squid and large mulloway.

Cape Dombey has rock fishing, with a chance of snapper.

Robe’s other lakes have black bream, with boat launching near the jetty on Lake Battye. Mulloway are an occasional catch.

For boaters, Guichen Bay has reef running north to south between Cape Thomas and Cape Dombey, with Baudin Rocks at the north end of the bay offering relatively sheltered fishing.

Beware the shallow reefs outside and at South Point that may break unexpectedly, including the Black Pigs.

Big mulloway can be caught from surf beaches around Robe.

Long Beach inside Guichen Bay is mostly firm for driving and has good mulloway fishing, as well as other surf species, including occasional snapper.

This can be reached from the main road between Kingston and Robe or via 4WD access from Kingston to Cape Jaffa.

The middle and northern ends are best for surf fishing, with big mulloway.

Boaters will find snapper at the north end of the bay, and most other species.

Some external videos filmed around Robe are featured below.

This site uses Akismet to reduce spam. Learn how your comment data is processed.